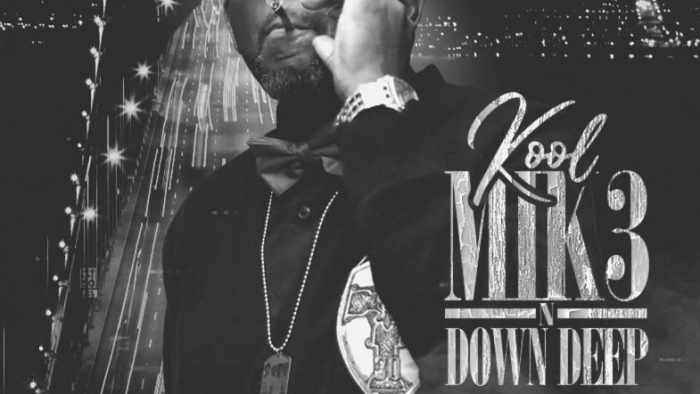 One thing that’s for certain and two things for sure, when the Kool Kingz drop a new record it’s always put together with high standards & quality. If you are not familiar with the Kool Kingz we’d recommend that you get acquainted. This time around Kool Mike of the Kool Kingz is back with a new record that epitomizes  what you think of when you think of  real “Grown Man Music ” with this southern classic called “Down Deep”. “Down Deep” is a record where Kool Mike rocks over a smooth laid back record with a classic sample that speaks to the soul. This record was produced by Gonzales own “Geehouse”. Gonzales has always been a secret hotbed for great music talent and the collaboration between Kool Mike & Geehouse shows that Gonzales puts together quality music.

Going into the track itself Mike displays his lyrical ability while dropping some knowledge bars on this majestic masterpiece.  There are numerous quotable lines from Mike that he spits on the record that you must go listen to check it out. It’s introspective, grimy, and conscious all at the same time. Something one where only a man who’s truly lived life can speak on. When you hear it you know it’s authentic.

In the video Kool Mike gives us a performance along with a mash-up of pictures & videos of himself throughout the years working in the industry.  The video was actually shot and edited by Kool Mike himself along with photos taken from Whaley GFX.

“Deep Down” is a record that fans of UGK, Eightball & MJG, Outkast, Scarface, & other southern greats will appreciate and will make you appreciate Kool Mike to keep the true southern playa legacy going on. You can stream this record June 19th on all major platforms.