TBT’s only seven-time participant is now just two wins away from $1 million.

“I’m always going to be shooting it all the time,” said Creek, who made nine of his game-high 21 field goal attempts.

It was the defense, however, which held Boeheim’s Army scoreless over nearly a 10-minute stretch in the second half, keying Sideline Cancer’s first trip to the TBT semi-finals.

“I’m proud of my team because we play defense,” said Marcus Keene, who scored 13 points and grabbed eight rebounds.  That’s what I take pride in, and what my team takes pride in. It starts on defense.”

Creek maintained that Sideline Cancer believes in its chances, no matter what others are predicting.

“Everybody on this team believes,” said Creek. “Everyone picked against us against Team Hines and against [Challenge] ALS.”

Sideline Cancer was the Cinderella team of TBT in 2019. If Marcus Keene’s offensive outburst on Sunday afternoon is any indication, another deep tournament run may be in the cards for 2020 as well.

Keene hit a 15-foot jumper to reach the Target Score and finished with a game-high 29 points as Sideline Cancer overcame a 12-point second-half deficit and defeated Team Hines, 93-91.

“We just had to figure each other out,” said Keene. “We knew the importance of each win (in TBT). We dug deep down inside and got the win.”

Keene went 12-for-22 from the field and added six rebounds and six assists in the win for Sideline Cancer, which advanced to the Wichita Regional championship last summer by defeating both Kansas and Wichita State alumni teams.

“We’ve been here before,” said Keene. “I felt like experience would come into play. We got stops, and we know how to play the Elam Ending. We knew [we couldn’t allow any] threes. We just had to get the ball back and see what happened.”

It was no secret that Herd That could shoot the ball. On Sunday afternoon, the Marshall University alumni squad only validated that thought.

Jacorey Williams had a team-high 22 points on 9-for-11 shooting as Herd That led by 19 points at one point and coasted to an 80-65 victory over the Peoria All-Stars.

“You can have a lot of fun playing in this style,” said Williams, the 2017 Conference USA Player of the Year while at Middle Tennessee State University. “You can’t guard this style of play because there are no set plays. You can’t prepare for it.”

Williams also pulled down a game-high nine rebounds in the win for Herd That, which outscored the Peoria All-Stars, 44-20, in the paint.

“I just run, and these guys find me,” said Williams. “ Once we got to training camp, I got an up-close look at what they were trying to do. The combination of rebounding and athleticism with the threes make us hard to beat.”

Trevon Allen led all scorers with 26 points in the losing effort for Peoria.

Herd That advances to face The Money Team on July 9th at 2:00 PM EST.

The Basketball Tournament had their Media Day and we had a chance to catch the Stillwater Stars & Bryndon Manzer, Thomas Dziawga, Brian Williams, Le’Bryan Nash, & Tyshawn Taylor.

The Basketball Tournament had their Media Day and we had a chance to catch Men of Mackey & Ryne Smith, Isaac Haas, Evan Boudreaux, Johnny Hill, Jon Octeus, & Jacquil Taylor.

The Basketball Tournament had their Media Day and we had a chance to catch War Tampa with DeSean Murray, Bryce Brown, Horace Spencer, & Fletcher Magee.

Last night (June 3rd, 2020) Trae Young played in a community basketball game in Oklahoma City last night and showed out. Salute to Trae for his constant involvement in the community!

Now, this article is not about discrediting Michael Jordan but at the same time it’s to get people to think a bit deeper in regards to Jordan’s prime championship years and how his time was perfect timing.  As we know, Michael Jordan is considered the GOAT when it comes to modern day basketball. In the last 30-40 years it’s only been a few players in contention to this title, Jordan, Bird, Magic, Kareem, Lebron, & Kobe, even though we could possibly throw in a Duncan, Shaq, or Olajuwon into the equation.

The reason why Jordan is considered the GOAT is due to his scoring prowess, tenacious defense, and win at all costs philosophy that help lead the Chicago Bulls to 6 championships in the 90s including 2 3peats. Jordan also showed us that he could be as successful outside the court building a conglomerate of business endorsements including the Jordan brand, Hanes, Gatorade & more. For the last 20+ years he’s had one of the most recognizable images in America which only adds to his aura of the GOAT.

Coming into the league Jordan from day one was a prolific scorer who we could see was physically more gifted than everybody else on the court. We’ve seen the proof from Jordan dunking so gracefully from the free throw line to scoring 63 on a legendary Boston Celtics team. Pretty much the 80s was sowed up by the old law of teams like the Lakers, Celtics, 76ers, & Pistons which were way heavier on talent than Jordan’s teams of the 80s, but once the 90s hit it was Jordan’s time. He first eliminated the Bull’s arch nemesis the Detroit Pistons then beat Finals mainstays the LA Lakers, who were on their way down with the retirement of Kareem, an aging James Worthy, a young Byron Scott, a young Vlade Divac, and a still good but worn out Magic Johnson. After nabbing his first ring, Jordan repeats and wins 2 more championships matching up with Clyde Drexler’s Portland Trailblazers & Charles Barley’s Phoenix Suns. Both great teams but no match for MJ & the Bulls. One thing about the 90s that I would argue is that it wasn’t that many great shooting guards in the 90s for Jordan to match up with. You could argue and say Clyde Drexler was the best shooting guard that Jordan matched up with throughout both Finals Championship runs.

Also, during Jordan’s first retirement after his first 3peat the Houston Rockets ended up with a 2peat on the back of Hakeem Olajuwon. Throughout this two year run Hakeem showed dominance over the elite centers of the league which was a position loaded with great bigs.  Now, Jordan did come back in mid-season for Houston’s 2nd run only to be eliminated by Shaq, Penny, & the Orlando Magic. Who’s to say that if Jordan played the whole season he would of been able to get past either the Rockets or Magic. Both teams had dominant players with a guard that could hold their own in Hardaway & Drexler.  Also, the Bulls lost Horace Grant to the Orlando Magic.

By the time they got to the last championship the Bulls were running on fumes and the team was pretty much at odds with the front office. If Michael would of stayed another year and Scottie & Phil stayed, Scottie started his decline the next season. Scottie’s PPG dropped down under 15 points a game and was now 33 years old. Scottie was going through a downwards plight. Even if Michael would of stayed he would of needed additional help, especially against a young Tim Duncan and a still solid David Robinson in the paint which would of been a weakness to the Bulls at this time. With the way the NBA was changing at that time and with the decline of players around Jordan I believe Jordan got out at the right time. On top of that the league was peaking with more guards who had similar skill sets (Kobe), athletic abilities (VC), and an overall ability to get buckets (A.I. & T-Mac) to where it might of been Jordan’s time to go.

ThaAntidote.com was live for the Baton Rouge Rebels game Vs The Gonzales Vipers live from Baton Rouge, LA and the Red Storm Gym.SHOW MORE

Check out the highlights from the Baton Rouge Rebels Vs Houston Heatwaves. 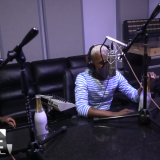 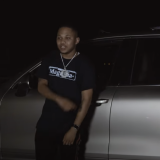 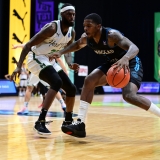 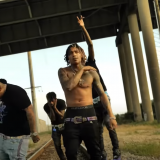