In honor of National Women’s History Month, #FadetheFlow Sunday became #SlaytheFlow as seven female rappers took center stage at 7 p.m. at Uppercuts Barbershop in Baton Rouge, LA. Tubbi of the Nerdy Bird Site and ThaAntidote.com hosted the event while DJ Legatron Prime spun some of the greatest throwbacks and DJ Slice Dat provided free food, including delicious red beans. Keith Cooper of Blerdish was also on the scene to educate others about the podcast and promote some of the ethnic comics on the market.
After an hour of mingling, Tubbi got the crowd’s attention with a warm welcome and introduction of the first performer of the night. First up was Miss Nina representing Lafayette. She gave the crowd an energizing start as she performed singles from her new mixtape, Tomboi Diva Volume 1: The Beginning. Vitamin Cea stepped up next to deliver an initial dose of Jackson, Mississippi with songs as cool as her demeanor and lyrics just as cleaver. Third to hit the stage was Queen Qui of Baton Rouge; her words gave a taste of her experiences that was sure to resonate with those who knew the reality of the struggle. Yung Jewels, also from Jackson, came next in line. With her project, Earth Day, set to release April 22nd, she delivered a few hard-hitters that had the crowd on the edge of their seats and surely gained her new supporters.  Miss Southn Belle later shook the show up when she combined dope lyrics with her impressive voice, showing herself multi- talented. Ever-growing artist Sycamore then set the forefront ablaze with singles from her mixtape, The Queen, before Idaly Maceano took center stage to deliver a raw closing performance that kept the crowd wanting more.
To end the night, well-known Cannon Da Assassin effortlessly led the cypher with emcees of both sexes leaving the audience breathless. For more information on upcoming projects and where to find music from the ladies of #SlaytheFlow Sunday, follow Miss Nina (@_iammissnina), Vitamin Cea (@thevitamincea), Queen Qui (@_que33nqui), Yung Jewels (@thepaidhipster), Miss Southn Belle (@southnbell), Sycamore (@sycamoretvlive), and Idaly Maceano (@idalymaceano) on Instagram. The next #FadetheFlow Sunday will be at Uppercuts Barbershop April 22nd with submissions beginning April 1st. For information on how to submit to be considered for entry be sure to follow Marcel P. Black (@marcelpblack) on Instagram.
Written by Christie “Caleico” Patrick 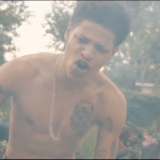 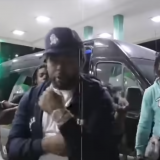 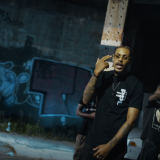