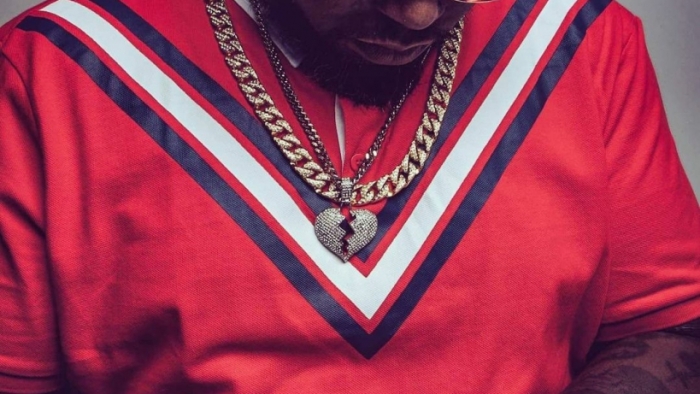 Written by Tubbi of the Nerdy Bird Site Blog.

On December 31, 2020 Jay Daskreet, lyrical veteran by way of Mississippi released his latest project “In Plain Sight“. As Jay is no stranger to the booth, performing stage, or visual creation department, he steps into a different light with his newest work. Jay proudly serves as the executive producer for his newly released project in full and is proving why he should be heard. He stands on his originality and has made it his mission to stay true to the sounds he was influenced by while creating lyrical vibes that are ideal for different moods he and others have experienced respectfully. The work consist of twelve tracks (12) entirely and plays for the duration of thirty-eight minutes and twenty-seven seconds (38:27) exactly.

The album has several features including artists Austyn Michael, Dear Silas, FO Da Villian, & Trina Machelle. The work also proves its versatility through the variety of producers that had a roll in creating the work. Production on the album includes Rowdy Productionz, Redonthebeat, J-Nickelz, Urban Nerd, Sunny Dizzle, IMAKEMADBEATS, Fat Daddy Dope, Fridae Blaque, SlimPro Beatz, L1Js Productions, & Precha Tim. As always its an honor to have Jay’s team reach out inquring of me to take an exclusive listen for review of the new album. Over the last few weeks this album has been apart of my workout, vibe out, cooking, and riding sessions playlists.

It is without bias, as I’m no stranger to his works, that i can honestly state that this project is truly solid from start to finish. There is literally a track that will appeal to every mood. There is essentially a replay value on each song in my opinion. There is lyrical content, story telling, metaphors, double entundre, emotions, vibes, and high energy on each song. The featured artists complimented their pieces and often added a 90’s vibe with a newly established sound to the work holistically. The production is smooth and allows for turning up, dancing, chilling, or even just background music in those moments of intimacy or silence. Often I found myself replaying songs to make sure I caught the lyrical intention of the crazy variety of bars displayed within each verse on majority of the tracks. I feel that the work has the ability to do well as its versatility is one for striking a conversation. Rhythmic undertones and harmonic melodies ooze from each song as the production aids in the elevation of story telling and conveys the emotion and experiences through the passion the artist holds. Jay paints dope visuals through his intricate details leaving nothing and everything up to the imagination.

The project is well executed and shows the passion, persistence, and growth of the artist. There is a time and place for everything and this project holds twelve (12) songs that can be appropriate for any occasion and or setting. If you have the opportunity to tap in to the work, you won’t be disappointed. Show him some love on his social media provided below and let him know what you think. Need help checking it out, its on all major platforms but, the band camp link below.

The Nerdy Bird Site is giving the album “In Plain Sight” and all the individuals involved in the overall execution and production of it 5 Stars for innovation! 5 Stars for Lyrical Content! 4 Stars for Culture! 5 Stars for Highly influential vibes! & 5 Stars for Dopeness!

If you are looking for something unique, a truth that you can relate to, vibe and elevation with, check him out. If you like soulful music with laid back vibes, this is a project for you. If you can vibe with it, support him in his efforts and share his passion. If not, no sweat, you received your first insight right here at The Nerdy Bird Site! Stay tuned as we continue to follow the unsigned hype of these up and coming local artist. You may find your next favorite song, art work, artist, muse, photographer, MUA etc. right here!