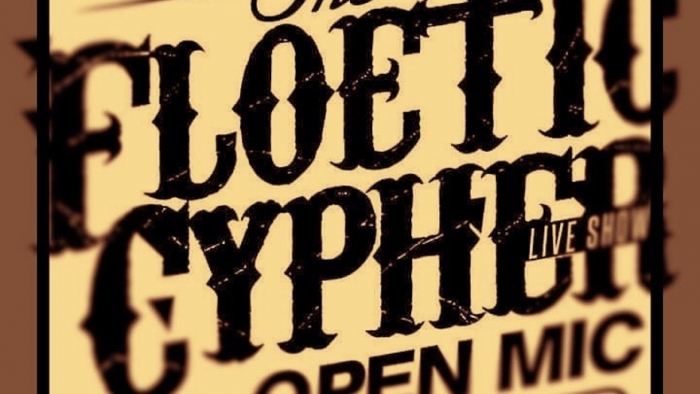 The “Soulcial Distancing” edition of the Floetic Cypher will be held Jan. 16 at Hookie’s Restaurant in Ponchatoula, La. from 8-11 p.m. This event showcasing live poetry, music, and an open mic is being described as the perfect date night and will be hosted by Drea and Sean B. with performances by featured artists Toi the Poetic Beauty, Sam Lee Da Poet, and Shawan Rice alongside house poet Lance “Mr. Broadcast” Cagnolatti. There will also be vendors selling everything from art to exotic cheesecake and t-shirts. Only 40 people will be allowed to attend this event due to social distancing precautions, and masks will be required with temperatures being taken at the door. Cash will be allowed at the discretion of each vendor, and gloves will be worn by those choosing to accept cash.

This will be the event’s first installment since major COVID-19 shutdowns in March during a time when Bear, the creator of Floetic Cypher, contracted COVID-19 and remained in the hospital for a month. However, he’s back, better than ever, and, after getting through recovery and a few phases of shutdowns, is excited to bring back what he refers to as his therapy, the 5-year running Floetic Cypher. In addition to the upcoming Ponchatoula affair, the show has four destinations monthly (Slidell, Downtown New Orleans, Westbank New Orleans, and Hammond) but is looking to expand to as many places as possible to help grow and expand its reach to give artists the opportunity to express themselves, gain a following, and get connected to those searching for new talent, which is the goal of its creator. Speaking of, not only will A&Rs be in the building during this installment of Floetic Cypher, but a television network will also be making an appearance as well.

Are you someone who misses live music and art or an artist interested in networking while attending this exclusive event? Go to Eventbrite and search Floetic Cypher presents “Soulcial Distancing” to secure your tickets before they sell out! Are you a performer who misses the stage and longs to share their gifts in a room of people who will appreciate it? Be sure to DM @floeticcypher on Instagram after securing your tickets to be added to the list and receive additional details on the open mic portion of the show. Can’t attend this show but want to know about future Floetic Cypher events? You can also follow the Instagram account and stay tuned for the greatness ahead.