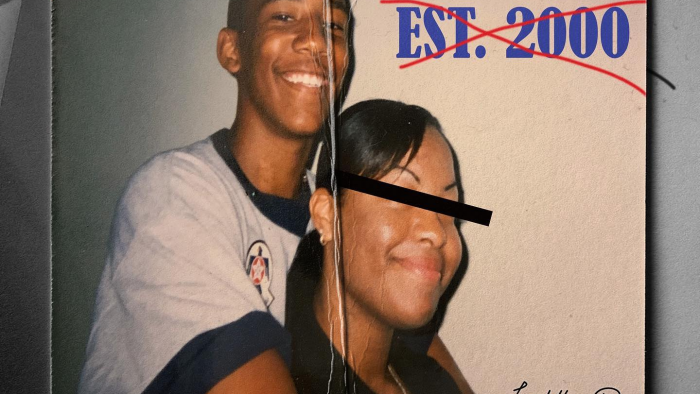 It’s long been stated that the greatest music tends to come from a place the artist can palpably feel. Songwriting is all about tapping into your inner-thoughts and sharing with the people out there who may have been through a similar experience. It’s when an artist can convey these feelings and thoughts that we can get special moments in music and it’s been proven time and time again. Willie D. Tha Kang has done just that with his latest release.
It has admittedly been a while since we last heard from Willie D. as an artist, with his last release being a series of tracks deemed “Tha IV Course Meal” dropped in mid-2019. That being said, he is back with his first drop of 2020 in “EST. 2000”. The record takes some of the key elements that has grown Willie D. Tha Kang’s base in both his use of perfectly placed soul sampling and introspective lyrics that draw from his own life.
“EST. 2000” delves into a relationship gone wrong for the MC. Noted as one of his first love’s, Willie D. breaks down where he feels things went wrong and the road he has had to take to cope with everything that developed. For an artist who has hung his hat on being open this may be the most vulnerable we have ever seen him. In regards to the process behind the record, Willie D. Tha Kang said the following:
“I wrote the song a couple years back but I just wasn’t ready to feel the emotions that came with recording and releasing it. This was about someone I’ve loved and known since I was 13 years old. In 2019 our friendship ended over some foul things she did. The abuse had been going on for years and my mom warned me to step away but I thought it was love, black love, you know? A woman yelling at me and invading my privacy and publicly humiliating me, I thought that was normal, I’ve seen my mom do it to her lovers and I just thought that came with the love of a strong black woman. I had reservations about making the song but in April of this year I was attacked by a female friend. She destroyed my computer that had all of my recording sessions, including my upcoming album, as well as some priceless memories I can’t get back. That incident brought back memories of physical, verbal and sexual abuse from my ex. I felt like giving up on music because I had worked so hard over the last two years to complete my album, so much time, money and hard work went into those records. After linking with one of the best producers in Mississippi (5th Child), we created this song. I literally broke down before I recorded, I cried for like 4 minutes straight before we recorded. 5th Child made me comfortable enough to tap into those emotions without feeling ashamed but it was tough. I don’t think men address sexual crimes committed against them enough and I get it, its embarrassing as hell. Still, I just recall so many times I said no regarding sex and she would attack me until I reluctantly participated and no one should have to go through that, man or woman. So it just felt good to get that release, a tremendous weight has been lifted.”
From the very first moment we hear dialogue that is confirmed to be a real conversation. “That clip of her yelling at me at the beginning is real, she got mad because I shared a photo that my female friend posted after her weight loss, she was on the heavier side and I was just proud to see her happy with her body. I shared it with the caption ‘queen’ and that’s what led to the argument. When I hear that intro it legit gives me chills.” With “EST. 2000” Willie D. Tha Kang truly wears his heart on his sleeve. I’m sure many will be able to relate to him bearing his soul on this new record. Be sure to take in the experience and look out for more from the Mississippi-bred talent in the future.
Spotify Link
https://open.spotify.com/album/7HZBSEhvUanq3z8mvNWckN?si=WiQU0uIQQS6Q-v1mt7DkVg
Spotify Embed
<iframe src=”https://open.spotify.com/embed?uri=spotify%3Aalbum%3A7HZBSEhvUanq3z8mvNWckN” width=”300″ height=”380″ frameborder=”0″ allowtransparency=”true” allow=”encrypted-media”></iframe>
Soundcloud Link
https://soundcloud.com/williedthakang/est-2001?ref=clipboard
Social Media
@WillieDThaKang