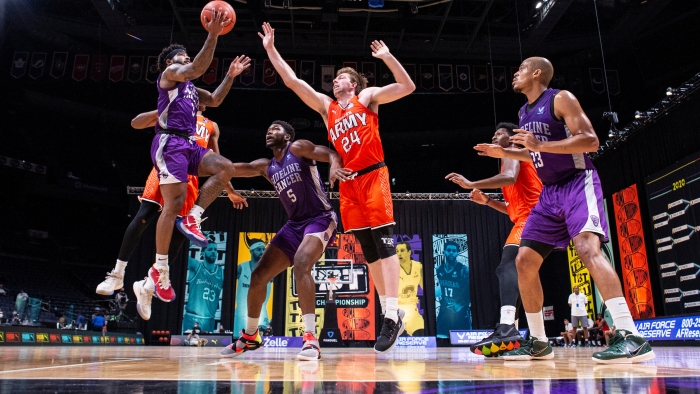 TBT’s only seven-time participant is now just two wins away from $1 million.

“I’m always going to be shooting it all the time,” said Creek, who made nine of his game-high 21 field goal attempts.

It was the defense, however, which held Boeheim’s Army scoreless over nearly a 10-minute stretch in the second half, keying Sideline Cancer’s first trip to the TBT semi-finals.

“I’m proud of my team because we play defense,” said Marcus Keene, who scored 13 points and grabbed eight rebounds.  That’s what I take pride in, and what my team takes pride in. It starts on defense.”

Creek maintained that Sideline Cancer believes in its chances, no matter what others are predicting.

“Everybody on this team believes,” said Creek. “Everyone picked against us against Team Hines and against [Challenge] ALS.”