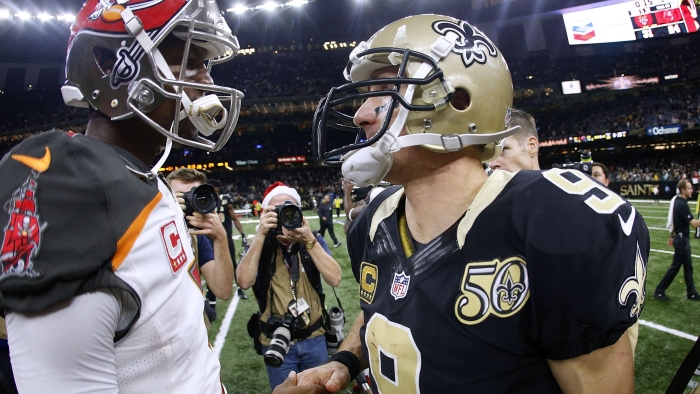 With Tom Brady becoming a Buccaneer, it was time for Jameis Winston exit out of Tampa Bay. The former National Championship winner and Heisman Trophy Winner became a free agent and signed with former rivals the New Orleans Saints. This is major seeing how this is believe to be Drew Brees’s last year in the NFL. Jameis has shown flashes over the years as a quarterback that has loads of potential but continues to make mental mistakes that appear to be head scratching. With the Saints signing Winston to a one year deal it appears the Saints are willing to at least try this out and see if he can possibly carry on the quarterback torch once Brees retires.

I’ll be honest, seeing Winston at Quarterback resembles the days of when Aaron Brooks was the quarterback for the Saints and honestly that’s not totally bad. People often forget that Brooks brought the Saints to the playoffs and won when they had never previously won a playoff game. Brooks decline came when he started making poor decisions and the Saints started losing way more frequently. Honestly, the Brees Era was good to Saints fan, better than expected. Saints fans were lucky enough to end up with an all time great QB which some franchises till this day still haven’t had or haven’t had in 20-30 years. Do I think Winston will be as great as Brees? Probably not but I do think that Winston has shown that he’s actually a solid leader, can throw the ball, and is willing to work hard in the off season. Yes. This will be all new for Winston and while it will take some adjustments I do think that Winston can learn playing behind Brees and use this experience to hopefully cultivate himself to be the next Saints quarterback for years to come.