In this special edition of IGotDrank we have Delwin The Krazyman on the show and Delwin shares some of his craziest drinking stories on the road.

Check out this song from International Joe called “Let Me Do My Shit” featuring Dylan Cage, Spitta, Delwin The Krazyman, & Bezo Luciano.

In episode 6 Jump had the opportunity to interview Baton Rouge veteran Delwin The Krazyman. In this interview they discuss his time with Dope Celebrity Family, stories with Nussie, his new single I’m Back For You”, and so much more in this interview.

This week, Industry journalist & personality Tubbi of The Nerdy Bird Site conducts an interview with Baton Rouge artist Delwin The Krazyman. Delwin gets deep when he discusses his time with Dope Celebrity Family & Nussie, his run with Ceddy Bu and his untimely death, and his new music that he’s been working on.

Once again it was party time in the city of Baton Rouge and ThaAntidote.com hit Vegas Vape and had a chance to run across Delwin The Krazyman, King Gibbs, Antidote DJ Big Cheese Da Outlaw & many more. 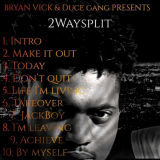 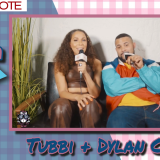 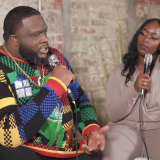 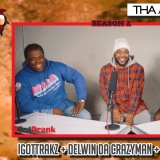 https://youtu.be/W4K9ckeMuRg In this special edition o ...