by Tha Antidote with No Comment Model of the Month

Kerigan Le a 19 year old aspiring model, from Ville Platte, Louisiana. Growing up she was in beauty pageants and modeling school. She is currently attending Southern University in Baton Rouge. Her dream is to become a physical therapist and travel the world. Working with people and bettering their lives is something Kerigan takes pride in. She also wants to start her own accessory line to continue to spread creative and positive art to society. People enjoy her uplifting personality, idealistic opinions , and artistic way of thinking. On her spare time she enjoys writing poems or working out for meditation. Her favorite quote is “Be your OWN beautiful.” Which explains that not everyone’s beauty will be the same. Be sure to log back into ThaAntidote.com to see more photos of Kerigan throughout the month of June.

by Tha Antidote with No Comment Rap
JuneLH is no stranger to the music game, rapping and performing since his early teens. Growing up in the hard streets of the N.O.,music was an escape in a world of constant trauma and gave him an outlet to help him cope with life in the fast lane and its consequences.
June released his debut project titled Truth Prevail in May 2018 and has since performed at the House of Blues in New Orleans and is gearing up to release the visual to TP’s leading single “What I Like” tomorrow on VEVO. “What I Like” is the perfect “I’m that n*gga” track for the summer, as June raps about his love for fast money, fast women, and a good time.
by Tha Antidote with No Comment Rap 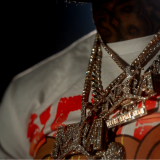 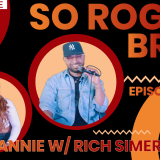 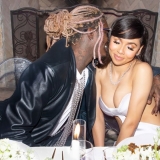 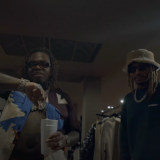