by Tha Antidote with No Comment Rap
[soundcloud url=”https://api.soundcloud.com/tracks/266125526″ params=”auto_play=false&hide_related=false&show_comments=true&show_user=true&show_reposts=false&visual=true” width=”100%” height=”450″ iframe=”true” /] “The Houston hip-hop music scene is buzzing and Dwane Sweazie is one of the reasons why.
Born on the island of St. Croix in the U.S. Virgin Islands, Sweazie relocated to Houston with his family at the age of three. Sweazie grew to be influenced by JAY Z, Jeezy, Notorious B.I.G., Scarface, DJ Screw, and Z-Ro and began writing rhymes on his own in hopes of blazing the same path.
His songwriting skills paid off in way that wasn’t quite expected. Sweazie has been ghostwriting for over a decade, penning hits for artists who will go unnamed due to confidentiality agreements. Sweazie then partnered with The Cold Chamber in Houston, TX. The company specializes in production, mixing and mastering. Clients include: Snoop Dogg, Busta Rhymes, Baby Bash, Z-Ro, The Pussycat Dolls, T-Pain, Lil Jon, Paul Wall, Slim Thug, Lil Boosie, The Ying Yang Twins, Paula Deanda, Devin The Dude, Scarface, Frankie J, Amerie, WWE and many more.
Though Sweazie has gained success behind the scenes, his desires to be on the front line have not faded; He’s currently working on an EP, “The Dwane Sweazie EP” scheduled for release in 2016. Look for his new single “Blowing Me Up” featuring long time collaborative partner, DJ M3.”
by Tha Antidote with No Comment Rap
[soundcloud url=”https://api.soundcloud.com/tracks/225904212″ params=”auto_play=false&hide_related=false&show_comments=true&show_user=true&show_reposts=false&visual=true” width=”100%” height=”450″ iframe=”true” /] New record from Dwane Sweazie & DJ M3 called Flip Racks. 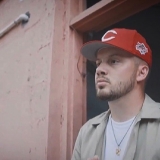 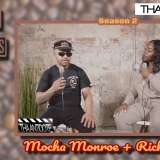 https://youtu.be/gBUh2SByOMY It's a new season of Expr ... 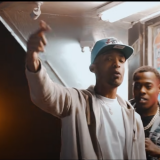 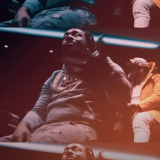