Harlem native Well Made Choice has dropped off the accompanying visual for his seasonal anthem, Summertime.

Popular NYC band trio I Am One Of A Kind has released the lead single, Home, off of their forthcoming I Am Who I Am debut album.
[youtube https://www.youtube.com/watch?v=0g6gyY2E3UI&w=560&h=315]

Jason Bourne: As a Queens native who were some of the legendary figures locally that you were inspired by ?
B Troy: I was inspired by Nas and 50 Cent as far as local artists go. The way Nas would tell stories on songs really got me into the content and lyricism aspect of Hip Hop. As I went on to become an aspiring MC myself I always wanted to live up to that standard of telling great stories in my songs that people can relate to.
Jason Bourne: How long have you been recording professionally ?
B Troy: I’ve been recording professionally for about 10 years now. I would say for the past maybe 3 or 4 years I have really been applying myself to the process of perfecting my craft as a professional recording artist. I always joke that it was more of a hobby before and now it is something that I am pursuing as a career and livelihood.
Jason Bourne: Talk to us about your process in the studio.
I’ll listen to a bunch of beats looking for one that strikes a certain mood. When I do get that, I go right in with writing. I aim for the chorus first because to me it’s the most important part of the song and attracts the listeners. The chorus makes the people want to hear more.  Once the chorus is locked in, I know how to build the verses where I incorporate the punchlines and the creativity.
Jason Bourne: Overall, how would you describe your brand of Music ?
B Troy: My music is generally Hip Hop but I don’t like to stick to just one genre. When I make music I aim to be relatable to a wide range of listeners,  whether that’s within Hip Hop or not.
Jason Bourne: You recently had a successful single – Back & Forth; would you consider that one of the bigger records in your career ?
B Troy: I would say it definitely is. I feel as though it is the record that opened people’s eyes like “oh damn this guy can really rap.” The dope thing about it is I am so ambitious and focused that my goal is to top what I’ve done in the past. So in that sense I feel like my best is yet to come.
Follow @BTroyMusic and check out his latest track, Nobody Like Me:
[youtube https://www.youtube.com/watch?v=T9QjLJARGzw&w=560&h=315]
by Tha Antidote with No Comment Uncategorized

ThaAntidote.com & Chic International Travel have teamed up to give away accommodations for two at a luxurious Las Vegas Resort.

In order to qualify…

Complete the map for a chance to win a vacation package to Las Vegas.

On this week’s episode of “Kickin The Real”, industry journalist & personality Tubbi of The Nerdy Bird Site conducts an interview with the wonderful Mocha Monroe. Mocha & Tubbi discuss her position in entertainment, her aspirations, her new series “Espresso Self” that will air on Tha Antidote.com, and & so much more!SHOW MORE

Check out this performance from James Virgodo from the March 2019 Showcase Sunday. 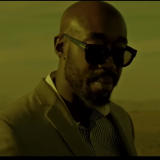 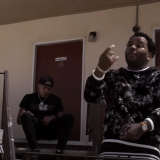 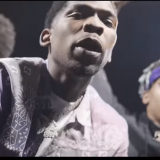 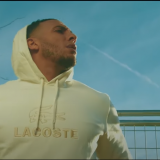