Flamboyant. Flashy.  Cocky. Arrogant. Exciting. These are just a few words to describe Adrien Broner. For those of you who don’t know Adrien Broner is  a 23 year old champion who’s held belts already in 3 different weight classes. In Adrien’s last fight he won in split decision against  welterweight champion Paulie Malignaggi. Throughout the fight you could see Broner telling Malignaggi “You can’t hit me!” and shaking off whatever punches Malignaggi threw at him. It wasn’t just Broner’s in-ring tactics that got people’s attention. Throughout the promotional press conferences Broner & Malignaggi went back and forth including Broner stating claim that he slept with Malignaggi’s girl (or side piece according to Paulie).

Of course with the trash talking, money flashing, defensive shell of a fighting style AND being a young black male he has already been compared to Floyd Mayweather.  The only thing is that Broner is an offensive minded boxer who has good  defense compared to Floyd who seems to be in the business of defense first, then look for the knockout. This might actually be beneficial for Broner’s pockets because people love action and Broner brings plenty of that to the ring.
The comparisons really come to play outside the ring with the lavish lifestyle Broner lives. With his extravagant approach to the ring, large entourage, and his love for stun’n on camera you can see why he might get the Mayweather comparison.  Some people will  hate him and will portray him as a villain, while some (especially in the black community) will see him as a fan favorite. This  balance will allow for him to pull in great pay-per-view numbers.  Some will pay in hopes of seeing him get knocked out, while some will root him on to victory in hopes that he stays undefeated throughout his career. You can’t deny the entertainment level of his fights.

While some argue about the quality of opponents he’s faced he’s still only 23 years old with plenty room to grow. Between the 135 to 147 weight classes Broner has plenty of opposition to fight against. With him understanding the importance of a strong defensive base, solid punching power, and hopefully a similar work ethic like big brother Mayweather Broner can easily be one (if not the best) of the best boxers in the upcoming years.
Broner is also the CEO of the music label “Band Camp” which we will cover in the future.

With the NBA having so many elite point guards we decided to do a top 10 countdown for the top point guards currently in the Association.
10. John Wall – A lot of people will probably see this as a surprise, but John Wall has made our top 10 point guard list. Wall averaged 18.5 ppg, 7.5 assist, and 4 rebounds on an injury riddle Wizards team. After the All-Star break Wall took his game to new limits and with the additional of Porter, along with Beal in the backcourt I expect Wall to have a breakout season.
09. Jrue Holiday – Newly aquired Pelican’s PG Jrue Holiday is next on our list. With an all star appearance last year it’s clear to see that Jrue Holiday would make our top 10 list. With exceptional speed and great size for the point guard position Jrue posses a combination that will be hard to stop.  Holiday averaged around 18 points per game along with 8 assists on a 76ers team that expected to have Andrew Bynum in the mix.  Now taking the reigns over from Greivis Vasquez, Jrue will be taking his talents to the Pelicans who have a budding star in Anthony Davis and an upcoming (and always injured) stars in Eric Gordon and Tyreke Evans.

08. Stephen Curry – The son of Del Curry comes in at number 8. You could argue this past season that Curry was the best player left off the All Star Team. Curry had a monster season averaging 23 points a game along with 7 dimes.  Curry torched the Knicks this past season where he dropped 54 points. The only knock on Curry right now is if he can stay heatlhy on the court to reach his full potential and take his defense to new heights, but when it comes to getting buckets Curry is at the top of the league.
07. Deron Williams – Speaking of staying healty Deron Williams had a pretty rough season. Williams is use to being considered a top 5 point guard, but after this past season he’s slipped down to number 7 in our list.  With a bum ankle & wrist Williams played through injuries,  went through two coaches, and adjusting to playing with the ISO style of Joe Johnson. Williams had a rough season in that sense. Even with uncharacteristic season he had this past season he still manage to average 20 points and 8 assists.  Now with the addition of Kevin Garnett and Paul Pierce to the front court this could be a sink or swim season for Williams.
06. Kyrie Irving – The former #1 pick of the draft comes in at number 6. Irving has proved early in his career he can get buckets.  Irving averaged 22.5 points a game on a Cavs team that didn’t have much scoring power on it’s roster. Kyrie is due for a breakout season this year. If the Cavs can stay healthy with a line up of Varejão, Bennett, Waiters, & Bynum Kryie’s FG% percentage should go up along with his assist numbers. Kyrie can easily go up this list with a successful campaign next season.

05. Rajon Rondo – Rondo’s one of those unique enigmas. Some feel like he shouldn’t even be on this list, while some feel as if he’s the best point guard in the league. What better way than to put him at the half way point at #5. Before tearing his ACL this past season Rondo was leading the league in assist for his second straight season.  When it comes to Rondo’s passing, he’s easily among the best. There are not too many players in this league who know how to dish the ball in spots like Rondo. Not only that, but Rondo has a knack for Triple-Doubles and stepping up in big games. If Rondo ever manages to discover a consistent jump shot we might have to consider Rondo at least a top 3 point guard.
04. Tony Parker – Tony Parker might be the most underrated PG in the last decade. Parker has been a top 10 point guard for some time now, yet he’s only  mentioned when his team is making a long playoff run. Throughout the years Parker has improved his 3 ball and mid-range jumper along with him already being a demon when getting to the rack.  Parker came seconds away from possibly his second finals MVP if it wasn’t for a Ray Allen three and a lost Lebron headband.
03. Derrick Rose – Coming off a torn ACL injury former MVP Derrick Rose could possibly slip down this list, but before the ACL injury Rose was a major part as to why the Bulls were a favorite to come out the East.  Rose is outstanding scorer, an exceptional passer, and the undeniable leader of the Chicago Bulls. If Rose is to regain his MVP form this upcoming season he could possibly be considered the best PG in the league.
02. Russell Westbrook – With all the criticism Westbrook has taken over the last few years, I think we call an finally admit that Durant needs Westbrook. Even with the sometimes questionable shot selection Westbrook is a tremendous PG. He has the ability to lock down his opposition at PG, score 20+ a night, as well as get 7-10 assist a game.  Without Westbrook the Thunder are just another team in the West hoping to contend in the playoffs. With Westbrook in the line up the Thunder are easily Finals contenders.

01. Chris Paul – Paul makes everyone around him better. Guys like Tyson Chandler, DeAndre Jordan, Blake Griffin, who all have limited post moves are made to look like all star caliber players when receiving the rock from Paul. Paul has the ability to not only be a top level passer, but he also puts up clutch buckets, defends , and adds leadership to teams that previously had no stable direction.  Going into next season we will see if Paul continues the hold the crown as the NBA’s best point guard. 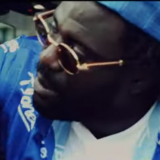 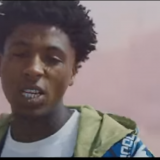 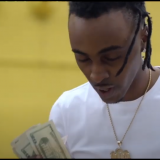 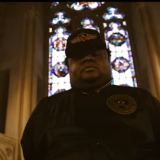