Last weekend @ the Spanish Moon ThaAntidote.com went to check out some of the upcoming and well established artists of Baton Rouge for the Hip Hop Is Alive Concert. This Concert featured performances from A.R., Lil One The Champ, Box, Tef Poe (St. Louis), and Marcel P Black (Baton Rouge/Ardmore, OK). We also got to hear DJ Automatik (@DJAutomatik) on the 1s & 2s.
The show kicked off with A.R. (@GOFARAR) as the opening act. I thought the records themselves that A.R. performed were pretty good but the performance of the records was average. I expected to see a lot more energy from A.R. on stage seeing that he raps with such vindication.  When it came to controlling the stage he put on a real average performance. Overall I thought it was a decent performance of some pretty good songs.
After A.R. left the stage up next was Lil One The Champ. Lil One (@LilOneTheChamp) performed some really hot tracks. I liked Lil One’s energy a lot more than the previous act and I think a couple of his records were a bit more ear catching for the scene. One thing I will say that I didn’t like was the extra people on stage who were in the background doing nothing. I believe if you are going to have extra people on stage at least have them on stage looking interested and really hyping the performance up. If you got guys on stage who look bored what you expect the crowd to be like? I thought he could of interacted with the crowd a bit more but other then that Lil One had a solid show.
I don’t know if it was the band, the fact that Box (@BOXKE) is veteran, or what but I thought Box had a pretty good performance.  He rocked the mic from beginning to end. While he did have a few slip ups and the sound quality wasn’t the best it was still pretty good. I thought at that point it was the best performance of the night.  Him having the band rock out made for a real good performance.
Up next is St. Louis recording artist Tef Poe (@TefPoe). I thought Tef had a real good performance. I feel like he came with a sort of energy and vibe that comes from a seasoned performer. Tef and his compadre (Sorry we forgot your name) showed great stage presence and energy throughout their performance. To be honest they came out and tried to really test what BR really had.  Between that and Box’s performances those were the best two of the night. There weren’t really much I saw with his performance I could call out on. Overall it was good.
Last but not least was Marcel P Black (@MarcelPBlack). Marcel was the headliner for this show. If you have ever seen a Marcel P Black show before you know that Marcel brings it every night. You can honestly look at Marcel and see that all the other performers are his  competition he’s trying to shut down the show when he gets on stage. Marcel puts a ton of energy and effort into every record he performed. The only gripe I really had with his performance is sometimes he goes and back and touches on bars a bit too much. During his set he brought up his newly signed artist Frank. Frank rocked out on stage with an acapella flow and record that I think was called “I Feel That” or something of that nature. Excellent performance.
Overall, I thought all the performances were pretty good and I couldn’t complain about the end results. We here at ThaAntidote really enjoyed the show and will be back for the next one.
In the upcoming days/weeks we’ll be posting footage that we took from the concert so be on the lookout for that. 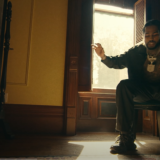 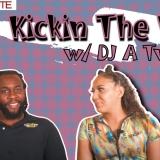 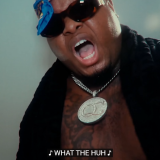